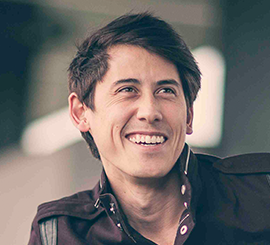 The migration of Vietnamese to Australia, which has occurred mostly in the last 40 years, has three distinct phases: assisting orphans pre-1975; refugee resettlement during 1975–1985; and family reunions, since the late 80s.

Australia committed combat troops to the Vietnam War in 1965. Later, many of these troops and other Australians married Vietnamese people and brought them back to Australia. This was the beginning of the first wave of permanent Vietnamese migration to Australia.

During the Vietnam war over half the population was internally displaced and millions were killed. As a result, there were over 800,000 orphans in South Vietnam alone. Australian families adopted 537 Vietnamese orphaned babies and infants between 1972 and 1975.

After the fall of Saigon in 1975, Australia accepted refugees who feared reprisals from the communist regime because of their economic or political activities under the previous Government and arrivals of Vietnamese people increased rapidly. In 1976 (the first Census at which the Vietnamese were recorded separately) there were 2,427 people born in Vietnamese in Australia and at the 1981 Census the population had increased to 41,096.

Vietnamese refugees who arrived in the immediate post-war period can be described as four main groups, with different but in some cases overlapping arrival times. The first group, arriving in 1975 were mostly elite Vietnamese, Chinese Businessmen and Catholics who faced severe reprisals from the new government.

The second group arriving in 1976–78 were a gradually increasing outflow of refugees from camps outside Vietnam. The third group, arriving in 1978, were mostly owners of private businesses, especially Chinese, expelled by the new Vietnam Government.

The fourth group were so called ‘economic refugees’, mostly small traders, rural and urban workers and the unemployed, who had made their way to refugee camps in Indonesia and Hong Kong and were looking for a more permanent home.

In April 1976, the first boat, Fishing Boat KG4435, carrying Vietnamese asylum seekers arrived in Darwin, followed, in the next five years, by 56 additional boats with 2,100 Vietnamese asylum seeking ‘boat people’.  The ‘boat people’ who mostly arrived in Australia’s north, were a very small part of the vast outflow of people from Vietnam. Most travelled by boat to nearby Asian countries where they were assessed and resettled in third countries including the USA, Canada and Australia. A small number of asylum seekers came directly to Australia. All of these asylum seekers were assessed, with very few repatriated.

The urgent need to resettle the large numbers of Vietnamese refugees in camps in neighbouring countries and the increasing flow to resettlement countries such as the USA, Canada and Australia led to international discussions and agreements. In Geneva in 1979, following negotiations between the Government of the Socialist Republic of Vietnam and the Office of the United Nations High Commissioner for Refugees (UNHCR), the Vietnamese Government agreed to forcibly constrain unregulated departures, but to allow an Orderly Departure Program (ODP) in which Vietnamese were permitted to apply to migrate to specific countries.

In 1982 the first immigrants from Viet Nam under the ODP arrived in Australia. From the late 1980s this program was officially applied in Australia as the ‘Vietnamese Family Migration Program’ (VFMP). Under this program Vietnamese people with relatives in Australia were permitted to emigrate directly from Vietnam to Australia, subject to satisfying Australia’s standard refugee requirements.

Mahayana Buddhism is the main religion of the community, followed by Christianity both Catholic and Protestant. The main festivals observed by Vietnamese Australians include Tet NguyenDan, the Lunar (or Chinese) New Year, and Tet Trung Thu (the Mid-Autumn Festival).

There are Vietnamese newspapers and a community literary and cultural website web site as well as radio stations and regular SBS television programs.

Vietnamese community organisations thrive and are involved in community development, advocacy and social work.  Community members play an increasing role in local government as well as representation in the Upper Houses of both Victoria and Western Australia. Vietnamese Australians are also well represented in the arts and the professions.

Prominent Australians of Vietnamese ancestry include:-

Australian Communities: Cambodian Australians
The first recorded Cambodia-born migrants to Australia were a family of nine who arrived in the late 1940s. Following Cambodia's independence from French rule in 1953, Cambodian students began coming to Australia in small numbers. During the 1960s and 1970s, larger groups of students came to Australia under the Colombo Plan, many of whom settled in Australia.
Following the seizure of power in Cambodia by the Communist ‘Khmer Rouge’ led by Pol Pot in 1975, small numbers of Cambodian asylum-seekers came to Australia. By June 1976, the Cambodia-born population in Australia increased to 500 people. Between April 1975 and June 1986, 12 813 Cambodians came to Australia under the Refugee and Special Humanitarian Program.
In the late 1980s, the numbers of Cambodian arrivals were mainly sponsored relatives of the earlier waves as well as Cambodians who had migrated to New Zealand prior to moving on to Australia.
Between 1989 and April 1991, approximately 315 asylum-seekers arrived by boat from Cambodia. The Australian Government subsequently introduced the Special Assistance Category Program to encourage boat arrivals to return to Cambodia and apply for sponsorship to Australia under normal migration procedures. Since the early 1990s most Cambodian-born people arrived in Australia under the Family Migration Stream.
Geographic Distribution
The 2011 Census recorded 28 330 Cambodia-born people in Australia, an increase of 15.5 per cent from the 2006 Census. The 2011 distribution by state and territory showed Victoria had the largest number with 11 355 followed by New South Wales (11 145), South Australia (2784) and Queensland (1532).