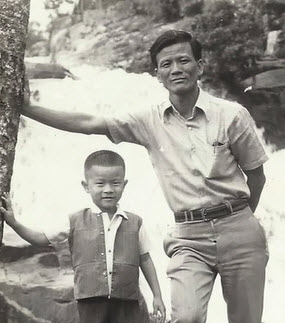 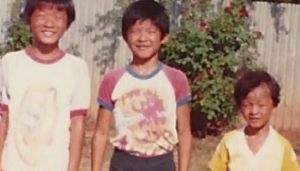 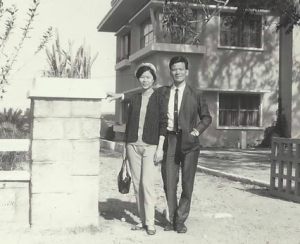 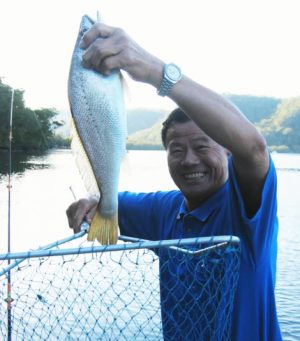 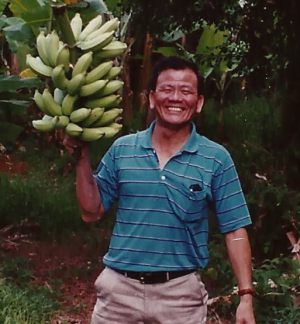 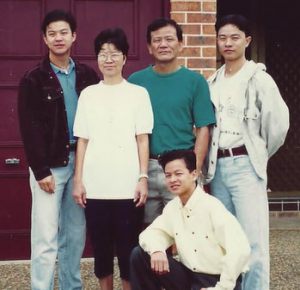 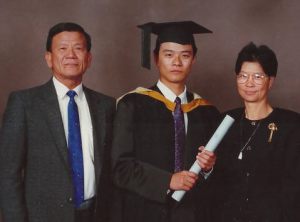 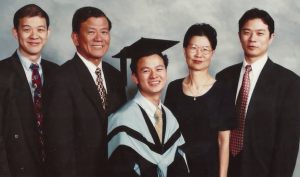 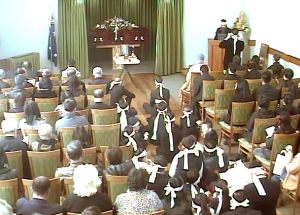 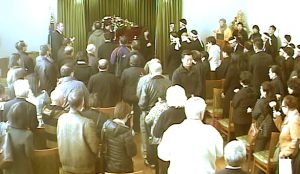 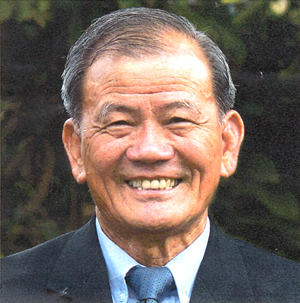 The following is the eulogy delivered by Thanh's son, Nhat to a very large group of relatives and friends in the Pinegrove Memorial Park West Chapel.

(Before you read the words that follow may I add my thanks to Thanh for the understanding and help he gave me at the Hy-vong community. Nhat, his son, has certainly captured the spirit of this outstanding man. With respect Lee Borradale)

In 1930 our grandparents left from a small village in Canton, China bound for Vietnam in search for a better life. Unfortunately, they had to leave their first born child behind as she was too ill for the journey. They settled in a small village in the South of Vietnam called Rach Gia. They cleared the land to start a pineapple plantation.

Our father was born on 12 June 1940 and was the second youngest child of 8 children. At an early age he showed a lot of discipline by getting up at 4am in the morning. He used an oil lamp for light to learn Chinese and recite Chinese passages. After school he would help out at the plantation.

In his teenage years he showed a great sense of adventure. eg. In the still of night he would quietly creep along the river bank to not scare off the fishes. He would slowly wade across the river and pull a curtain of net made out of weaved sticks to stop the fishes from going through. He would carefully place the canoe behind the net and then by scaring the fishes they would jump over the weaved sticks and into the canoe.

Not seeing much of a future in the country life especially on the plantation. At the age of 17, he decided to stay with his second brother in the city of Saigon where he studied Mandarin for a year. During this time his father grew very ill back in the village. There was an opportunity to work as an assistant Mandarin teacher back in Rach Gia, which allowed him to look after his father.

At the age of 19, he decided to move back to Saigon. He would attend English classes in the morning and help out at his brother’s waffle business. He did everything from bookkeeping to baking. At night he would sleep out in the open because the room was too hot due to its location above the bakery.

According to our mother it wasn’t love at first sight, however, due to suk’s persistence, they married 3 years after finishing school on Christmas day of 1968. Their first child Nhut was born the following year.

By 1971 Huey was born. At this time our father started a business with 3 of his friends selling aluminum pots and pans. The business lasted till 1975 at which time his youngest child Vinh was born. The fall of Saigon lead to the end of the business as citizens of the city planned their departure from Vietnam.

In the years after this, our father planned our escape to a safer country. After 4 attempts we managed to escape to the border of Thailand and Malaysia and were soon transported to Bi Dong refugee camp. After 4 months at the camp, the American Embassy accepted our application due to mum’s previous work connections. When he was interviewed by the Australian embassy, he was asked why he still wanted to apply to Australia when he’d already been accepted by the US. Suk confidently replied in English that Australia is a large country with plenty of land and a small population and he would be able to use his farming skills. Suk loved his newly adopted country, and has never forgotten the opportunities Australia had provided him.

We landed in Sydney on the 25th May in 1979 with only $80. Suk’s first job was working in a Chinese grocer in Chinatown earning him a massive $20 a day.

An opportunity arose for Suk to work on the land as a farmer in 1980 and so our family moved to Wellington near Dubbo. Here, our family experienced the generosity of many wonderful Australians like Bob and Jenny Pooley. The stay lasted 17 months, however the memories were cherished and shared amongst all he knew till the end.

Farming wasn’t as he expected compared to what he knew. This led him to open their first Chinese restaurant …the first of many to come. With no prior experience in the kitchen, it was a huge achievement because he was given a two week crash course from a friend.

We moved back to Sydney and in the years after, Suk dipped his toes into many businesses including newspaper delivery, Mr Juicy where he delegated for us boys to door knock and seek new customers. He however, had bigger plans than the Mr Juicy business as following this came a Chinese Restaurant in the Randwick golf course, a restaurant called Regent Palace at Kings Cross and finally “Lam’s takeaway”at Brighton Le Sands where after more than 20 years he was forced to finally close his door and retire at the age of 70 due to a redevelopment at the centre. In all his business ventures, it had always been a family affair which had its share of joy and challenges. Through these experiences, lifetime lessons of hard work, never stop learning, integrity and the values of friendships were taught.

The closure of Lam’s takeaway, allowed him to spend more time with his 9 grandchildren which brought him great joy. Regardless if they were his own or not, if there was a baby around we could be sure that Suk would have the baby in his arms soon enough.

In his retirement years, our father was very active and participated in many activities including table tennis, swimming and joining the Chinese choir. Our father was a generous, sociable and a giving man who always had a big bright smile on his face. A charismatic and selfless man, he always put others before himself and was a natural leader.

He welcomed everyone in his home and Mondays were a regular gathering of friends where they played Chinese Chess, table tennis, singing, cooking and grand children minding.

He was well respected by all that crossed his paths who knew and treated him as captain otherwise known as Tai Co. One of Suk’s greatest pride and joy was finding and meeting his eldest sister from China for the very first time in 2008.

He could relate to all generations and cultures and could cover all topics in five different languages. Although, Suk had three sons but there were many others who considered him as their second father. His easy going nature opened up many conversations and the beginning of many new friendships.

As you would all agree, he was the life of all parties. For this reason he was specifically requested to represent the family of many wedding parties. He was a natural on stage and never refused an opportunity to make a speech, announcement or sing.

Suk you always felt that you never provided enough for us, but to us you’ve given us so much more that cannot be measured. To have the gift of being your children and the lessons you’ve taught us to be true to who we are, were more than we needed.

We will continue to celebrate your life in our hearts and teach our children your beliefs and values. Knowing Suk, he would want us to thank you all for being here and to celebrate the life he led.

Nhat Lam on behalf of the Lam family.